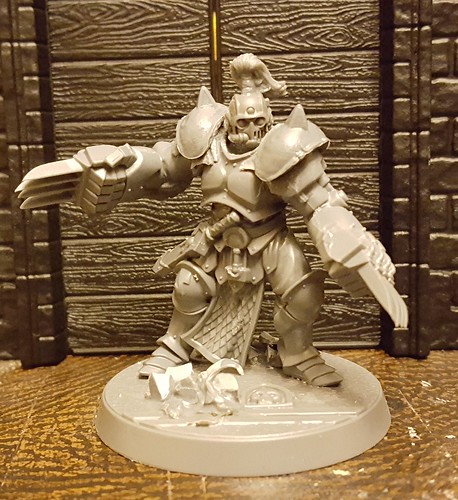 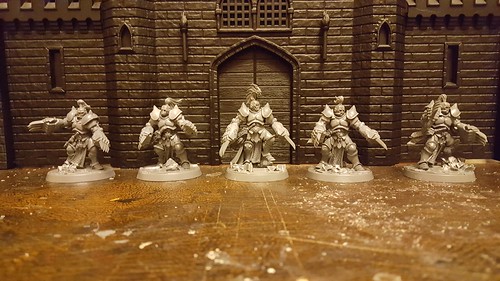 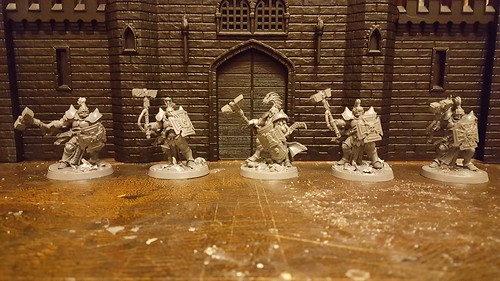 So yes. My plan is to finish these guys, and make another couple of squads. Use them in game as an all-terminator army, probably Space Wolves Champions of Fenris, the Wolves suit the OTT heroic-epic style of the Thunder Warriors. Fluff-wise these guys are clearly larger and tougher than the standard Thunder Warriors. They're probably an elite group, the centre of the battle line alongside the Custodes. I have some ideas along those lines, I'll get them fleshed out for when I'm presenting painted models!
Incidentally, I *love* the new Sector Imperialis bases. I've always been too lazy to do basing, but getting a Sector Imperialis base and then adding some extra junk is something even I can do.
Posted by Mitey Heroes at 14:34